Stay up-to-date with what’s happening around our organisation, and drop us a line if you want to contribute!

SAVING LIVES RUNS IN THE BLOOD FOR ST JOHN CREWS

Saving lives is part of the day-to-day job of St John Ambulance NT crews – but it also runs in their blood.

In the past three months alone, blood donations made by St John Ambulance staff in the Northern Territory have saved 84 lives across Australia.

Between June and August St John Ambulance NT staff, paramedics and volunteers took part in the annual Red25 Blood Challenge, donating blood and plasma at the Red Cross Blood Service in a bid to help ensure 25 per cent of Australia’s blood donations are secured. 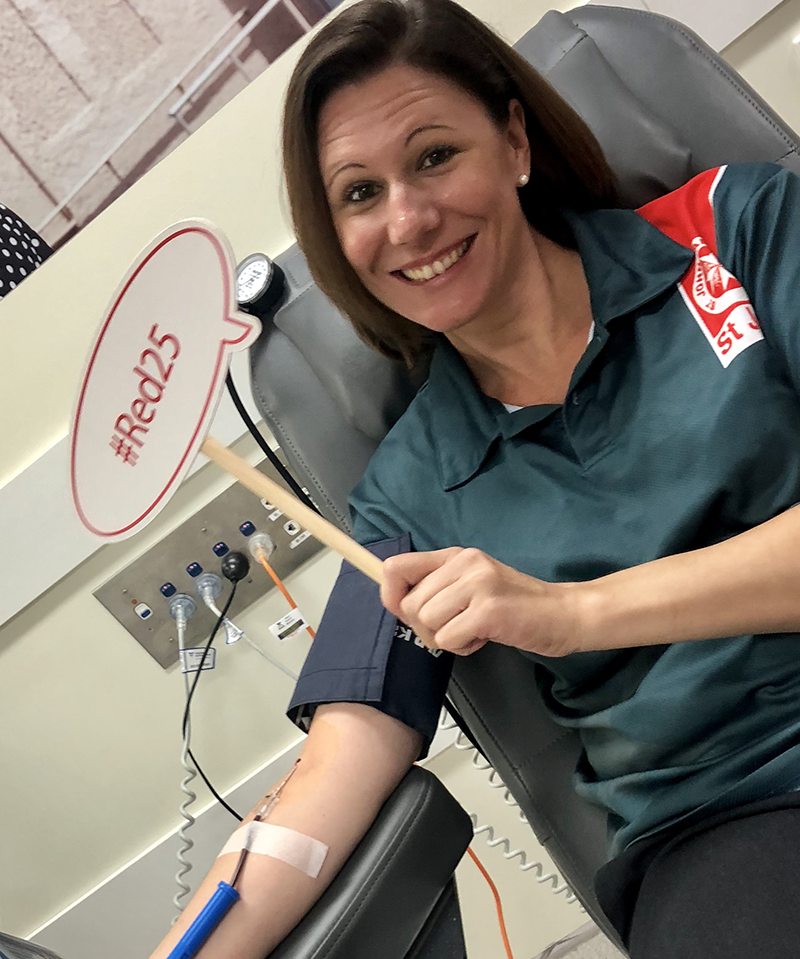 “I’d never given blood before and I was a bit hesitant at first – but every blood donation saves three lives, and that’s what makes it all worthwhile,” the 30-year-old said.

“And a few days after my first donation I received a text message that my blood had been used to save the life of a patient at Royal Darwin Hospital. This person could have been a patient I cared for in my job as a paramedic. It really doesn’t get much better than that.”