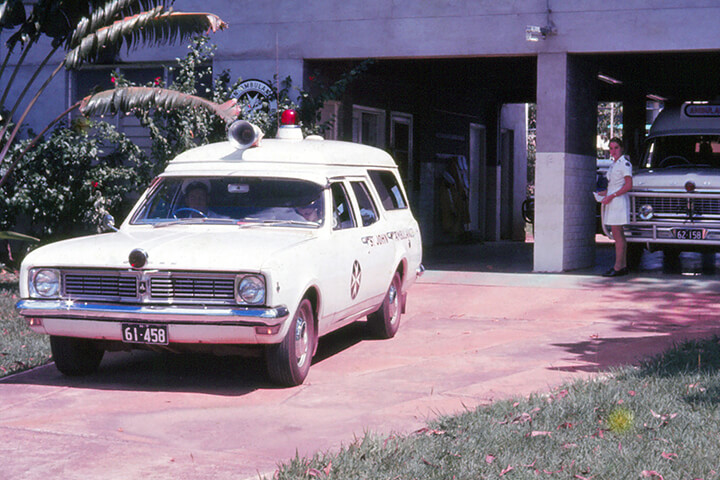 On 1st April 1975 the Federal Government acknowledged St John's takeover from 25 December 1974, conditional on the free ambulance service ending and St John reinstating their Ambulance Subscription scheme. The St John Council baulked at this, worried about the backlash from the community and the unions. When they finally agreed and published details in the NT News, the unions (TLC) immediately called for the ambulance service to be returned to the Department of Health.

A Deed of Agreement for the transfer was drawn up by the Government, but St John wanted changes made and the whole episode dragged out until finalised in May 1980. All the delays were of the St John Council's making, not the Government's. The whole official transfer could have been finalised by the end of 1975 or early 1976. 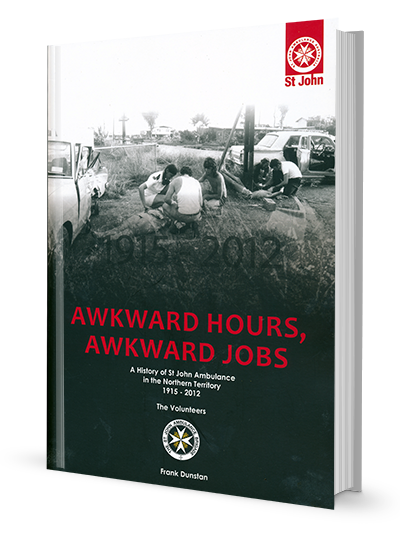 St John Ambulance NT would like to acknowledge the substantial contribution by local historian and NT Volunteer Frank Dunstan MStJ, who has spent a significant amount of time diligently researching and verifying the history documented on our website in relation to the Northern Territory. Frank is also the author of the book Awkward Hours, Awkward Jobs, published in 2013 which documents the history of St John in the Territory from 1915-2012. If you would like to purchase a copy of the book, please contact the volunteer office on volunteers@stjohnnt.asn.au or call in to the Casuarina Ambulance Centre.